...and who would've thought DOUCHE calling himself "your most favorite president (me)" would've been one of the more docile and sober things he'd say this week.

For the record, at least according to stats geeks, Ronald Reagan is apparently our favorite president....horrifying as it is.

BUT....on Monday....standing under a photo of Andrew "trail of tears" Jackson himself, "president" DOUCHE, while in a ceremony HONORING Navajo vets of WW II, chose to mock Elizabeth Warren by saying the following:

"You were here long before any of us were," (which shows that Trump either has read a history book or someone whispered something in his ear only moments before the ceremony, "Although we have a representative in Congress who, they say, was here a long time ago. They call her Pocahontas." 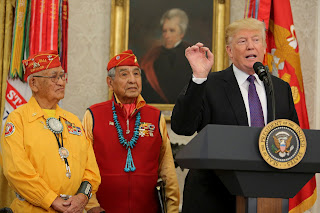 I mean who is Trump's head of propaganda anyway?  Did they do some kind of ritual and have Joseph Goebbels rise from the dead and handle this one?

Meanwhile....back at the League of Doom.....America's favorite terrorist organization, The GOP, is working overtime trying to convince members of their nefarious ranks and file to get on board and get their stinking, oligarchy jack-off, religious-right pandering, middle and lower class fucking, tax bill passed sometime before Santa Claus tries to squeeze his fat ass down a chimney....by slashing taxes even more for high-end business owners and sweetening the thing fucking further for the rich. On Tuesday the Senate panel (by party lines) approved the tax plan giving way to an entire Senate vote....remember those GOP "heroes" like Suzanne Collins and Bob Corker and the ever-waffling Ron Johnson?  They seem to be falling right in line with this horseshit.....so much for an honest and decent GOP politician.

If there's anything to admire about either the Senate or Congresses tax bill (and there isn't), it's the open and brazen FUCK YOU that they are willing to give to the average citizen....i mean these shitheads aren't even PRETENDING that they work for an electorate anymore....no....the GOP works for the rich.  They work for corporations.  They work for asshole like the Koch brothers (BTW.....RIP Time, People and Sports Illustrated....you all live in a Better Homes and Gardens world now)

.....but white, working class dipshits will still go out in droves and vote for these sinister fucktards.

And in case you're reading this Donny John: FACT: There is a tape of you openly, gleefully discussing sexually assaulting women...you admitted to it.....Sadly the fact that you still won  the election in 2016 says more about America than it does you....you've proven time and time again that you are scum. FACT: President Obama was born in the United States....once again...YOU admitted as much in September 2016 and we've all seen the birth certificate, baby-dick wad....stop trying to find a public enemy to bounce your Nazi insanity upon....which brings us to FACT....you did retweet Anti-Muslim propaganda from a far right British hate group.....as PRESIDENT OF THE UNITED STATES you did that....cocksucker...and pains me as it does to say it, boggles my mind in fact, but you have 44 million Twitter followers...that's a lot of Nazis out there.....if people get hurt, like they've BEEN getting hurt....then it's all on your head....motherfucker.


Yes...i know i'm too reliant on the NY Times and i probably shouldn't be after that bullshit "nazi next door piece last week....but....

oh...and in case i forget...welcome to this week's edition of the sexual assaulter, patriarchal power douche bag club Matt Lauer and Garrison Keillor.

Michael Flynn, on friday, plead guilty to lying to the FBI in regards to his contacts with the Russians....... 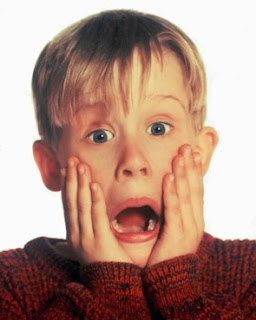 You don't say.....honestly there's probably a lot more I could be writing about this, but I spent the night before mixing vodka and wine and listening to Neil Young and to be quite honest with all of you finding out that Michael Flynn lied to the FBI and admitted his guilt is about as surprising as finding out that Darth Vader is Luke Skywalker's father upon watching Empire Strikes Back for the 150th time.

Remember....All I want for Christmas is to see Jared Kushner in handcuffs....I mean look how punchable his face is: 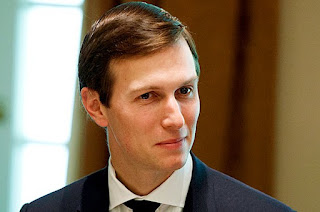 See what i mean?

As of this writing the Senate has NOT, but claims it has the votes to, passed its draconian version of the Tax Scam....but chances are they will. We don't call them America's #1 domestic terrorist organization on this blog for nothing, do we folks? The Senate passing the bill isn't quite the end of the line. Next, both halves of the Axis of Evil have to get together and draft something nefarious out of both of their bills and then send it to "president" baby-dick to gleeful sign. Chances looks pretty good of that happening.  Where are "heroes" like John McCain when you need them....oh, he's backing the fucking bill after "careful consideration." It's beyond me how one can "carefully" consider anything they haven't seen the full copy of....but...hey...I've signed leases on places that i knew were shit-holes, so.......

But something to chew on.  Donald J. Trump: famed slum lord, reality tv huckster, racist, rapist, misogynist, xenophobe, over and all NOT A NICE FUCKING GUY will be signing the kind of tax overhaul that we haven't seen in decades this man: 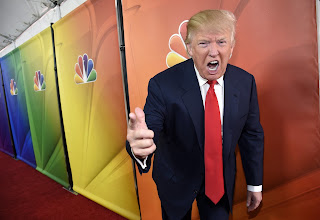 will be in charge of the financial fate of millions of Americans....for years to come

Anyway....here to help us along as the country continues to be run by a madman enabled by two houses of congress run by oligarchical lapdogs, this morning at 10:30 am we have the poetry of Steven B. Smith and tomorrow at the same BatTime/Channel is Thomas R. Thomas.

ARE YOU MAD AT THESE REPUBLICAN COCKSUCKERS?

then send me your work/poetry/fiction/essays/paintings/rants