These days we live in a jungle
where natives dance in the sand
the band not missing a beat,
strings of light sway in
a deceptively warm breeze,
unmasked faces grinning
cluster round the Tiki bar,
as a cobra is
about to plunge from
a viny canopy—
in the kitchen of our life
you’ll be telling me
Hitler was just misunderstood.
--Ray Greenblatt
Posted by John Grochalski at 10:00 AM No comments:

“America is so fucked right now” grandson posts on Facebook

“what did you expect dad? he was a great man”


she suffered the consequences …as did I

it would not be for the first time my grandson....


--Peter Bauman
Posted by John Grochalski at 10:00 AM No comments: 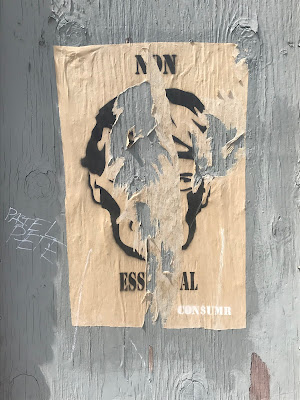 one hundred
and thirty thousand

and the babydick-tator
is worried

about statues
and monuments

to rapists
to slave owners
to misogynistic warlords

he’s a walking
virus himself

with blood
on his hands

etched into
the mt. rushmore of villainy

nothing but a traitorous mutt

holding the kremlin’s jock strap
in his mouth

while the infected
and the damned

stagger off to the hospital

and the suffering
starts to rise.

Posted by John Grochalski at 8:51 AM No comments:

My Pledge of Loyalty

I love your lying mouth.
I love your sharp fingers
that poke through the bars
of the cage you keep me in.

I love you when you brutalize
them, not me.
If this means what I think it means
I love it.

I love the way you equal opportunity hate.
I even love you when you hate on me,
it feels so much
like love.

I want you
to keep loving me
without your mask,
just your emotionless face
staring, uncaring
the way all good despots
love their people.

Originally from Boston, Mickey J. Corrigan writes Florida noir with a dark humor. Novels include Project XX about a school shooting (Salt Publishing, UK, 2017) and What I Did for Love, a spoof of Lolita (Bloodhound Books, 2019). Kelsay Books recently published the poetry chapbook the disappearing self. Poems have appeared in many literary journals, online and in print.

Posted by John Grochalski at 8:51 AM No comments:

--Patrick Walters
Posted by John Grochalski at 8:51 AM No comments:

dayTWELVE HUNDRED and SIXTY ONE

He assembled his bogeyman made
from the bones of huddled masses
yearning to be free from violence
and poverty.

The heart was molded from Muslims
longing to see their families.  He caged
the human spirit and promised carnage
on the streets for those who disobey.

The fearful, aggrieved crowd cheered the taming
of this brown monster of their own making as he
fed them red meat like jailing his enemies
and conjuring conspiracies to explain what

Lay in plain sight. When we needed to
wall ourselves in to save our own and our citizens’
health, he encouraged the nation to remain open,
to flow freely like blood spilled on the sidewalks

He sought with his version of law
and order.  Contrary to science, contrary
to expertise, he chose to be blind to what
the rest of the world could see.  The virus

Spread like a red-hot summer heatwave.
The underlying epidemic, which has been
circulating in the United States for
four hundred years also spiked.

Our president lacks the strength to bend
the curve as though he were confused
these rising numbers represent our stock
market and not how sick we are.

Once the door to the free world of liberal
democracies swung both open and shut.
Now it is locked on both sides.  We are
Stuck in our living rooms alone

And forced to look at our hideousness
borne from the pathogen, like so many
that killed that indigenous of this country
when the first colonizers arrived.

Until we regain some modicum of health,
until we practice social distancing from
our plantation mindset and until
we stamp one exit visa in November
will a vaccine be possible.

Posted by John Grochalski at 10:00 AM No comments: