Saturday….as the world knows…a terrorist attack happened in London…again. This time on the London Bridge at the Borough Market. Third attack in England this year, and it comes just under a week after a new total of 150 people died in that bombing in Kabul. Having just been to London and having stuffed my faces many times at one of the food kiosks in Borough Market…I have no real right than anyone else to discuss this latest tragedy…but I am concerned. I don’t believe these kinds of attacks have any end date to them. I fear this is the new norm. I wonder how Western civilizations, always begrudgingly giving their populaces an economically sustainable, viable reason for the democratic process, will change. We’ve already seen autocratic moves in the United States with DOUCHE MOTHERFUCKER’s election. London was pretty well secure when I was there and you can’t go a block in Times Square without seeing a cop dressed like he/she are going in to fight fucking ISIS…so what now? How much do we let these acts effect our way of life?


I do know this…the proper way to respond to an attack like this is not to call for bans and to criticize London’s mayor for trying to reassure his nervous population….but that’s exactly what that fuckmouth DOUCHE did on Saturday and Sunday. Honestly this piece of scum finds new and improved ways to sink to new lows…we better hope something like this doesn’t happen here or we’ll all be witnessing martial law faster than you can post some shit on your Instagram…imagine that orange piece of camel dung had this happened in NYC..or L.A…or in one of those butt-fucker towns that voted him in office….pray it doesn’t happen here under that Russian-loving cocksmoker.


Apparently DOUCHE MOTHERFUCKER is sick of Jeffy Sessions…well….finally that shithead and I can agree on something. What I don’t agree with DOUCHE about is DOUCHE blaming Sessions for the various troubles coming out of the White House…like leaks…like travel bans being shot down in court…you OWN that stuff, DOUCHE….Sessions is a vile racist….but that’s all on you, Donnie boy. Apparently Sessions offered to resign from the job, but DOUCHE MOTHERFUCKER
did not accept said resignation....and the fun continues.....

DOUCHE MOTHERFUCKER…not to be outdone in orchestrating, along with his daddy Stephen Bannon, the destruction of America, claims to be the match that lit up the Middle East this week with Saudi Arabia, Egypt, Bahrain, the United Arab Emirates and Yemen breaking diplomatic and commercial ties with Qatar over its support of terrorist networks. Honestly I’m confused by Qatar which seems to be a double agent of a double agent supporting Iran yet backing people who attack Iran. They have a U.S. base, some lovely tennis courts, etc….all in all this could result in the quite the powder keg for a region already consistently embattled by continued idiotic Western influence….way to go DOUCHE you never fail to surprise.


This just has the makings of a bloody week, I guess. 17 people were killed and 52 others were injured(as of friday afternoon) in two attacks in Tehran, Iran, at the Parliament building and at the mausoleum of Ayatollah Ruhollah Khomeini….already having a busy week, ISIS claimed responsibility for the attack…now where does the DOUCHE connection come in.  Well, let’s restate how proud DOUCHE was of his trip to Saudi Arabia and of his little speeches and of his little arms deal, and let’s just say the Saudis (and others) have become a touch emboldened by DOUCHE’s little visit and his little arms gift…and let’s just say, maybe, SUNNI nations like Saudi Arabia, Egypt, etc decided to stop communications with Qatar…and let’s just say Iran stepped up to fill that void…and let’s just maybe ISIS, a SUNNI terrorist organization might’ve been acting on the behalf of SUNNI nations such as Saudi Arabia et al in their decision to stage 2 attacks in Iran…I might just be spitballing here on this one….fuck it…I doubt that I am....it doesn't help that the orange-hued cocksucker has been Tweeting about it as well.

I stand with the people of Iran as I do the people in London this week: 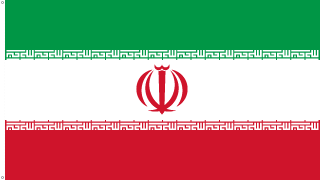 Also, a day before former FBI Director James Comey was to testify in regards to DOUCHE MOTHERFUCKER’s attempts to get him to end an investigation into Michael Flynn’s Russian contacts, DOUCHE went ahead and nominated Washington-based criminal defense lawyer and Chris Christie playmate, Christopher Wray, to the post of new FBI Director. While Wray seems a safe choice (you can read more about him HERE), it still shivers me down the very core that a senile, racist, misogynistic, cancer-kid charity stealing, philandering, xenophobic, sexual assaulting, narcissistic, Eric Trump spawning, buffoonish, slum lord, former reality TV star has the actual ABILITY to be president and start wars and sign heinous executive orders and create budgets and fire and hire FBI directors…America works for some people, the rest of us just eat cold apple pie with no ice cream....or is he so seemingly safe????
This week’s main event in TrumpLand (at least at the time of this writing) was former FBI Director, James Comey’s, testimony to the Senate’s, and I use this word lightly, INTELLIGENCE committee. There were no suprises….at least not to me. DOUCHE is a liar, a schemer, an obstructer of justice, talks like a mafia boss from a piece of Hollywood shit, is clueless, has no idea of the law of the land and what is legal and illegal for a sitting president to do….oh and like millions of women on the planet, James Comey doesn’t want to be left alone with DOUCHE either. What will come of this? Most likely nothing….at least for now. The GOP have proven time and time again that they do not know how to govern, and that are not interested in the welfare of the nation…unless they can take welfare AWAY from the nation.

Anyway…you can see the testimony and read the transcript right HERE.

But at least the Comey testimony made for good television…or cell phone watching…or pad watching….or whatever it is you fucking people do! Yes, people stayed home from work, cancelled meetings, threw parties and the bars opened early for Comey’s testimony because…why the fuck not? At the end of the day America is little more than a clueless dude-bro, frat boy who doesn’t want his buzz killed…he just wants to party with his bros….kind of like this douche bag: 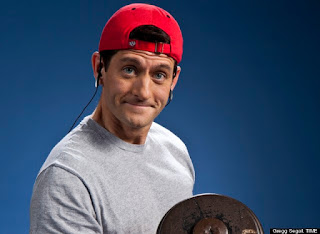 And speaking of our Speaker of the House, Paul Ryan took a break from licking the Koch Brothers balls to come out and defend DOUCHE MOTHERFUCKER for obstruction justice by declaring that DOUCHE wasn’t “steeped in the long-running protocols” and that he was “new at this.” Goddamn the GOP are fucking amazing….imagine if this were Obama…I mean you can’t because Obama wasn’t a fucking moron like Trump….but….seriously….i can’t….November 2018 is going to be a long time coming…and if that might not save us.
All the same…Paul Ryan and his weasel cohorts in Congress DID find time on Thursday to pass legislation (233-186) rolling back many of the constraints placed on Wall Street after the 2008 financial crisis. Banks will once again face less scrutiny in how they handle their business, even to the point of being able to avoid the rules altogether. Like the health care repeal this piece of shit bill is basically DOA in the Senate, at least in its present state. Still, if last week’s buzz word was Covfefe then this week’s should be Oligarchy because, guess what folks….you fucking live in one.

At least the U.K. is trying to right an egregious wrong. That little election that Teresa “Strong and Stable” May called on Thursday….well…..shhhhh, but it kinda backfired on her. Britain’s conservative lost their govern majority and went cozying on up to Northern Ireland’s Democratic Unionist Party in an effort to maintain power….all the same this is a pretty big blow to May and maybe even to the effort to pull the UK out of the European Union. Word on the street is that voters aged 18-25 turned out at 72%...pretty darn good.  I’m curious if America will see a turnout like that in 2018 (provided we still have a United States)…I’m gonna hedge my bets though and say no…chances are good the next Pokemon game will be out by then.

you know what?  Fuck it.....let him.  let's keep this Shitshow going until DOUCHE MOTHERFUCKER is standing in his underwear on the WH lawn with all of D.C. ablaze behind him


Week Twenty feels just as miserable as the other nineteen that came before it....but stick around. today at 10:30 we have the poetry Colleen Redman and tomorrow at 10:30 am with Craig Firsdon.
Submit2Resist: winedrunksidewalk@gmal.com