WineDrunk SideWalk: ShipWrecked in TrumpLand week FIFTY ONE wrap up

Pay no attention to that Orange Cheeto at a football game pretending to be a patriot.....almost one year in we all know the kind of oozy, Kremlin-kept swine that you are Donald J. Trump.

of course you don't even try to hide it.

Now why would someone go and do such a thing?  You need look no further than this fat, ugly face: 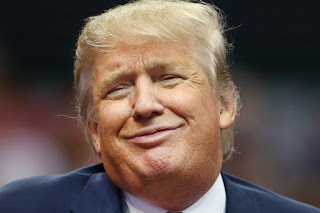 Once again...here's to hoping this DOUCHE BAG never has a moment's peace when he's out of office.

Speaking of a man who seems to be getting no peace lately.....Sloppy Steve Bannon took time this week to walk back comments that he made in the new Trump insider book Fire and Fury. Bannon claims that he never made those "treasonous" comments about DOUCHE JR. and that DOUCHE Jr was a fine patriot and a good man.....well, at least we know Steve still has a penchant for lying to push his neo-nazi cause. Of course there are other reasons, like Bannon pissing off his mentors the Mercer family, who fund a good chunk of the white nationalist propaganda site, Breitbart....and now Bannon is OUT at Breibart.  It's hard for me to feel happy about this.  I fucking loathe Steve Bannon but the damage he caused has already been done.  Among the many enablers that put Trump in the White House (White people, rich people, inbred southern morons, inept GOP candidates etc) Bannon was by far the most sinister and influential.  I hope the rest of Steve Bannon's life is fucking miserable

I don't have TV so I didn't get a chance to watched Oprah Winfrey's speech at the Golden Globes....but i watched it on YOUTUBE so... while it was powerful and rousing...these calls for her to run for president in 2020?  EVERYONE JUST STOP.  30+ years of American government melting with the entertainment world is what lead us to Donald Trump.  We don't need more of it. You can like Oprah. You can like the Rock or George Clooney or love all of the celebrities coming out and joining the #METOO movement....but ENOUGH IS ENOUGH. No celebrities for president in 2020. Let's begin unraveling this 30 year process by begging political parties to start vetting thoughtful and considerate POLITICAL candidates who actually have a vision for the future.....not someone who has plagued the world with the likes of these two fucking morons: 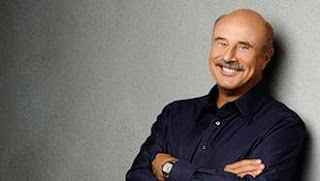 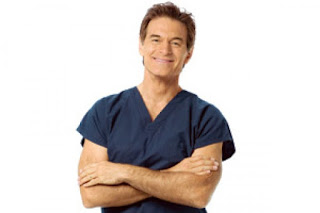 You want to make america truly GREAT in 2020, everyone? Get serious about the future of your nation.

On Wednesday a federal Judge ordered our baby-dick "president" and his crooked, insane administration to re-start the DACA program. You can read more about this HERE, but the gist is that Trump, dumb motherfucker that he is, has no actual, legal precedent to make DACA null and void.....the judge even used Donny John's tweets supported the program against him.  Stable Genius, eh?  Of course this ruling pissed off the old orange racist, who took, coincidentally to Twitter, to call the court system both "broken and unfair." Yeah.....i can see how one could view it that way...if one were a racist, lying sack of bumblebee shit.

And i dont care what fucking "show" that Queens-bred fucktard put on tv in regards to what "heat" he'll take for reaching a deal on immigration....Donald J. Trump is infinitely unqualified to be president of the united states.....again....same with Oprah.

Ans Because I've been so "excited" by the prospect of an Oprah Winfrey presidency, I know I've missed some stuff on the blog this week. But don't worry next week's one year anniversary blog post is going to eschew the standard rundown of all the horrid shit DOUCHE has done in order for me to finally get my think piece on James Franco out there

In a meeting with members of both parties, Donny John shot down any immigration deal that included people from Haiti and some African Nations, calling them "shithole countries." I'm not going to argue this point...considering Trump was a slum lord, has raised a pack of arrogant shit children, has married a collection of dimwits and is a walking shithole himself....he might know a bit about shitholes. What I will argue is that almost a year in office this orange-hued walking shithole doesn't have a fucking CLUE about immigration.  He doesn't have a fucking CLUE about humanitarian efforts. Donald John Trump is the same self-serving, racist, rapist, misogynistic, moron who took the oath of office to highest job in the land. Even lab rats learn something, Mr. Trump....You're whole existence is a shithole....you let Puerto Rico drown...and why in the FUCK would ANYONE from Norway want to come.....to this SHITHOLE nation?

Of course members of both the Democratic and Republican parties were both alarmed by this statement.....sigh...for Democrats....keep putting up your good show....to the Domestic Terrorist Organization known as the GOP....gimme a fucking break....Trump is your boy....he's only saying out loud what you racist assholes are always thinking in your pea-brained skulls.

well....there's your week FIFTY ONE.

I need your writing to keep this going.