Boy the Trump administration doesn't even wait for the Christmas tree to come down the pumpkin pie weight to get run off, before they get back to the business of fucking up this country, huh?

There are so many tiny little dicks swinging this week that I don't even know where to start.

Let's start with North Korea shall we and the continued battle of our own president's tiny dick swinging lightsabers (sorry Star Wars hangover continues) with "rocket man" himself. DOUCHE took to his favorite corporate medium, Twitter, to decry Kim Jong Un's declaration that he keeps his nuclear button on his desk at all times, but reminding everyone in the world that DOUCHE has the button on his desk as well, and that the United States, that "bastion" of freedom and democracy, has bigger and more powerful weapons and buttons and what not.....well...i hope their buttons are better than the shit ones I have on my coat that aren't doing me too good as Monster Cyclone Bomb or whatever the fuck it is comes baring down on us. Although I guess it's good to know that Trump doesn't have a bunch of fake copies of Time on his desk, declaring him the Person of the Year.

Honestly...the fact that either of those little, creepy juvenile tyrants have ANY access to nuclear weapons/codes should keep any rational thinking person up at night. I mean one actually set off a bomb in one of his own cities....and the other is...well...Trump

Earlier this week the Guardian obtained a copy of the forthcoming book "Fire and Fury: Inside the Trump White House," in which the Grim Reaper Bannon was interviewed among others in regards to the chaos swirling around the early/current DOUCHE administration. The book is pretty juicy with tales of Melania crying unhappy tears over DOUCHE winning the presidency, and pretty much everyone in the administration stating the obvious by calling Trump and "idiot" or a "moron." But Bannon's claims in the book seems to have hit the hardest. The biggest being Bannon's claim that DOUCHE Jr. would crack like an egg if testifying over Russian collusion, and that a very meeting  between DOUCHE jr. and co was a treasonous act. Boy this little tidbit seemed to set the Cheeto-in-Chief on FIRE...or FIRE AND FURY....regardless, Donny John had no choice but to respond to Bannon's comments by stating that Bannon had little to do with Trump's "success" at "winning" the presidency and that el Steve-o-rino, when he lost his job, also lost his mind.  Donny John also went on to rant about making america great again and Bannon not supporting him and even bestowed the nickname of Sloppy Steve on the cherubic disheveled neo-nazi.....this all seems pretty nasty to me...I hate it when old, fat white neo-nazi racists fight.  It's like Jay Z says, "No one wins when the family feuds."  But he cheated on this person: 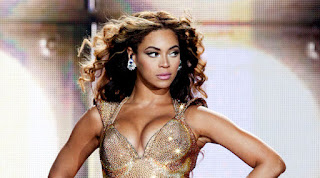 So you can take what Shawn Carter says with a grain of salt.

That said I don't know if I'm going to read this Fire and Fury book or not. There is a Trump book that I am itching to read though. It's called Collusion : Secret meetings, dirty money and how Russia helped Donald Trump win by Luke Harding......it's getting some really good reviews.

On Wednesday Former DOUCHE campaign manager, Paul Manafort, sued special council (Robert Mueller and Rod Rosenstein) to try and get the scope of the investigation into Russian collusion narrowed. Manafort claims the investigation went "too far," which I'm guessing means that they not only dug up dirt from Manafort being a treasonous during the DOUCHE campaign, but all of the other illegal treasonous shit that he's been doing for YEARS.....let's see how this one plays out Pauly-boy.

That's right, Jeffy "the racist" Session...who probably needs weed more than most people...decided this week to renew the tough Federal Government restrictions on marijuana, especially in states were it is now legal. What this essentially means is that the Federal Government can supersede state laws in regards to weed and actually prosecute growers and sellers of the product, essentially creating a shitload of confusion....sounds like the DOUCHE administration, doesn't it? sowing confusion in places where none was needed?  Whether or not Jeffy "the racist" goes after weed people in the legal states or in states where criminalization has been marginalized, is anyone guess. Trump mouthpiece Sarah Huckleberry Sanders came out and said that Donny John wasn't backing away from campaign promises to NOT go after weed people federally, but is having little bitch Jeffy reinstate these laws to go after large-scale producers....????? what in the honest fuck does that even mean? How can you go after large scale producers of something that is fucking LEGAL in certain states.  It's not as though we are dealing with these dudes: 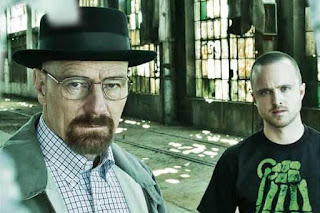 And, yes, the nod to Mr. Walter White and Jeese Pinkman is intentional.....I don't comment on much of the personal here...but I just finished watching Breaking Bad this week (thanks Dad!) and it, hands down, is one of the best television programs that I've ever seen. The term Shakespearean is probably over-used in describing Breaking Bad....but it fits.

It used to be that only corrupt nations with despots and autocrats at the head of the government investigation former political rivals....well....welcome to the club, America. Word on the street and in the newspapers and probably clogging up your Twitter and Facebook feed is that the FBI has opened up yet another investigation into Hillary Clinton and the Clinton Foundation over whether or not the Clinton Foundation, when HRC was secretary of state, bestowed any political favors on its donors....COME THE FUCK ON ALREADY! This investigation was shut down over a year ago due to lack of evidence.....why is it opening again now? Because Donald J. Trump is a crooked, treasonous piece of garbage  who is trying to deflect attention from his own continuing mountain of legal troubles by pulling 3rd world dictator crap like this......next time you think there's a separation between the President and the FBI/DOJ....Remember this fucking moment. Session and Trump are as crooked as they come.  This coupled with douche bags like Charles Grassley and Lindsay Graham trying to further impede Senate Judiciary Committee investigation into Donny John's collusion with Mother Russia by trying to raise charges against the author of the Trump dossier, Christopher Steele...well.....the GOP is crooked the whole fucking way down.....i don't know about you but i'd certainly love to live in a country where the GOP one day no longer exists.

so stick around.  Tomorrow at 10:30 we have the Great Kevin Ridgeway for you, and on Sunday at the same bat-time/bat-channel we have Masterful Matt Ussia.

got poems? got fiction? got essay/artwork/photography against this collection of Trump assholes?  Send it my way.