The Bush/Cheney created monster otherwise known as ISIS continues to rear its ugly head in new and exciting locations. In two coordinated bombings in two separate cities forty-five Egyptian Christians died on Palm Sunday, thus in keeping with ISIS’ goal of creating secreatarian strife wherever they go. But, hey, Bush seems senile and wacky now…and he’s got that book of amateurish paintings that look like the work of ten year olds in the slow kids class….plus he’s no longer labored with the distinction of being the worst president ever know that we have DOUCHE to kick around. ..so no worries here. I swear we’ve been fighting a Holy War since 9/11….if you ask the Palestinians living under apartheid in Israel it’s been going on longer…honestly I just wish you’d all: Christians, Muslims, Jews, Hindus, Buddhists, etc…take your violent horseshit religions and just shove them up your ass….Happy Easter.

Big surprise…but I don’t give  a flying FUCK what Steven K. Bannon reads unless it’s a sign posted on the Oval Office saying “Bannon Go Home.” People make this meth-head looking jerk-off out to be some kind of fascist deep thinking; a voracious reader they call him. But the truth is he’s just another white nationalist prick who got full drinking at the tit of Wall Street who happens to have the ear of the philistine-in-chief. Again, no surprises here. If Bannon danced naked in the White House with a copy of Mein Kompf balanced on his head he’d look no different than any other chief strategist of any other GOP president EVER....and I don't buy this shit about Bannon being isolated, and do you know why? Because if DOUCHE loses Bannon he loses the Neo-Nazi vote that Bannon brings to the table...and to be quite frank I don't think DOUCHE's ego could withstand the drubbing
the White Nationalist media will be giving him.

Syria continues to dominate the news with everything from Rex Tillerson talking tough to his buddy Putin to the DOUCHE administration laying the chemical weapon blame on Russia to Ivanka’s crocodile tears. I guess week TWELVE is where DOUCHE and co. prove how tough they are with the Kremlin to show that there was no collusion in the 2016 election….i gets the feeling something big is gonna drop.

In a press conference on Tuesday Sean Spicer actually said that “someone as despicable as Hitler didn’t even sink to using chemical weapons.” Spicer….you’re getting a Halpert buddy! 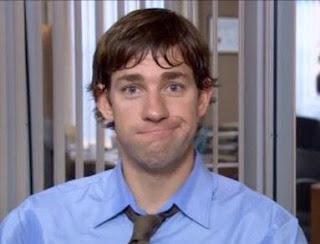 Hey…anyone got any United Airlines stock?

When DOUCHE and co. weren’t swinging there baby-dicks over in Syria a U.S. aircraft made its way into the Korean peninsula this week all but assuring that DOUCHE plans on expanding his limp, ineffective foreign policy beyond the Middle East. I'm almost certain that this is going to end with
Kim Jong-un disavowing his nuclear ambitions and him and Xi Jinping and DOUCHE and even good
old Putting gathering around in a big circle and singing kumbaya together.

On Wednesday good ol’ Rexy finally met with Putin after almost a day long delay….according to Rexy the talk didn’t go too well. Rexy came away from the meeting stating that “There is a low level of trust between our countries.” Honestly I can’t tell if this has to do with Syria or whether or not this whole hacking/helping DOUCHE win the presidency just didn’t go over as well as they all planned. Guess we’ll either stay tuned or prepare for a nuclear winter…if anyone has an old VHS copy of The DAY AFTER…now might be a good time to see if the VCR is working….for my money I’m going to spend the weekend re-watching Red Dawn….i truly DO love the 1980s! 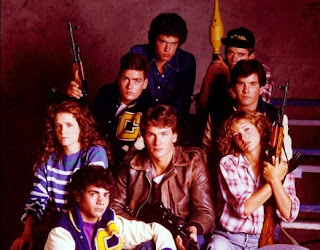 The DOUCHE administration continues to ensure that we’ll have ISIS and/or ISIS-like organizations around for a long long long TIME.

in case you all missed it Jeff Sessions doubled down on DOUCHE’s boarder bullshit in a speech that he gave in Nogales, AZ on Tuesday…you can read the full transcript of the terrifying bullshit right HERE.

with everything else this horrid week has give us, DOUCHE double downed on being a vile, repugnant piece of orange-colored excrement,by finally signed the Domestic Terrorist approved legislation aimed at cutting off federal funding for Planned Parenthood, even though BY FUCKING LAW, federal funding is not used for abortions, which is just ONE of the things Planned Parenthood does for women, who make up over 50.8% of the population in this pigfucker of a country…Between the bombings and this….I’m sure the asshole’s approval ratings will go up. America…you never had it to begin with. FUCK YOUR FLAG. 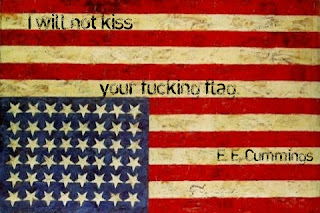 Posted by John Grochalski at 10:30 AM