WineDrunk SideWalk : ShipWrecked in TrumpLand week FORTY ONE wrap up

And here I thought it was just going to be a week of DOUCHE tweeting insane and the GOP turning a blind eye while trying to push that draconian, oligarchical tax plan....

BUT....on Monday, DOUCHE's former campaign chief, Paul Manafort, and his little toddy, Rick Gates, were indicted on several accounts of money laundering millions of dollars through overseas shell companies, and using the money to buy things like expensive cars and clothing.....other than this continuing to prove that more white people listen to rap music than black people, this is about as surprising as learning that Christmas Day falls on December 25th.  Manafort was always going to be the first piece of this puzzle to go because he was the one with the most direct ties to Russia. Yeah it would've been nice to have spent Monday watching Jared Kushner being frog-marched into a waiting limo crying his eyes out....but I guess we'll have to wait for that one.

Of course not even a full day went by before people started talking about DOUCHE maybe pardoning Manafort...and while DOUCHE is definitely sinister enough to do that, the good thing here is that a lot of these charges against him are also on the state level....so if DOUCHE does pardon Manafort he'll most likely rot in a state prison instead of a federal one....unless he sings.....

....like George Papadoposometinggreek did....back in July...when he was arrested...for lying to the FBI about having contact with people in Russia as far back as April 2016 in regards to the Russians having "dirt" on Hillary Clinton in the form of thousands of emails. The NY Times has a pretty decent timeline of the scum baggery right HERE

Thus giving us our buzzword of the week, folks....COLLUSION...i already know Trump knows how to say the word....gotta be getting sweaty in that White House, eh, Donny John....but don't worry....37% of the country still loves you....for now......

and this is where I piss in your cornflakes.  Purely my own belief here but I believe that the indictment of Manafort and what's-his-face plus the news of the arrest/information spill by Something Greekopolous pretty much sealed the deal that Robert Mueller is going to get his ass fired as special investigator on this.  Why do I think this?  A lot of people have compared the actions of the DOUCHE administration with that of Tricky Dicky Nixon's in order to look for correlations between one corrupt administration and another. I don't feel that way. I threw out the playbook on Donny John a long time ago....we are in uncharted waters with this scum bag.  Whose to stop Trump if he fires Mueller? The GOP lead congress and senate? HA HA HA HA HA HA HA HA!!!!!!!! Yeah right. Christ, if you want collusion look at the continued collusion between the GOP and Trump.....the GOP gave up caring about United States civilians a long fucking time ago....and Trump only cares about himself.

Hey....maybe be some miracle more that 40% fucking percent of the population will vote in the 2018 midterm elections and maybe THEN we can talk about getting DOUCHE MOTHERFUCKER out of office. But....need I remind you what waits for us: 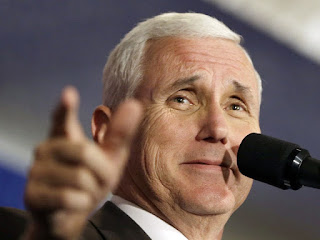 On Tuesday......shit....another week, another terrorist attack. This time on my home turf. 39 year old, Sayfullo Saipov, ran a rented truck down the Hudson River bike path killing 8 people and wounding 11 others, before being shot and taken away by cops. Saipov has been in the United States and was radicalized while living in the U.S.....not that our dipshit president would believe that....nope....Donny John had to add his two cents by saying he wanted to see the Diversity Lottery that brought Saipov here ended and replaced with a merit based one....this is funny coming from a man who couldn't win a steaming pile of dog shit if it was based on merit. DOUCHE also threatened to have Saipov moved to GITMO because Donny John likes to talk tough on terror.

Occasionally I don't feel as though the world has dragged me through enough mud and corn-fed shit, and I like to go on Twitter to see what the people are talking about. I chose one of the various NYC attack Hashtags and oh boy, those MAGA people were out in full force wanting to ban all Muslims while simultaneously "praying" for NYC....to them....i say....save it you inbred, self-righteous assholes...you don't like NYC....you don't like anything we stand for here...we don't want and/or need your prayers or pity....so save it you fat, honky racists.

Because Trump is a racist douche bag who doesn't care if his own citizens get sick and die....just an FYI: the ACA OPEN ENROLLMENT IS GOING ON FROM NOW UNTIL DECEMBER 15th.

You know....I'm beginning to to like this George Somethinggreekopoulus...he's managed to prove in just a few months what Trump has been lying about for almost a year...apparently there WAS a meeting with both Jeffy "the racist" Sessions AND DOUCHE in which Somethinggreekopoulus mentioned that he was speaking with a few Russian chaps and could quite possibly get a meeting set-up between Trump and Putin...this would be one of the meetings where Trump claimed that NO ONE on his team was meeting with Russians and where Jeffy the racist said, DURING HIS CONFIRMATION HEARING, that he hadn't met with any comrades or knew of anyone getting down with some Russian bros over vodka......Hmmmmmm.....

Honestly I'm surprised Bob Mueller still has a job at this point.

11 minutes.....we had 11 minutes this week is a world where Donny John Trump wasn't allowed to Tweet....and I wasted it....drinking vodka on the couch.

But I did catch Donna Brazile's piece in Politico about how the Hillary Clinton Campaign had been long in charge of DNC funding before she became the official nominee.....like 14 months before she became the official democratic nominee....and while this isn't illegal it certainly moves into that familiar Clinton territory of unethical......and, again, Bernie Sanders did NOT win the primary election.....all this really served to do this week was rile up DOUCHE even more, whose been acting more and more the third world dictator these days going after his own justice department, his bested political opponent, and a host of others including Robert Mueller, who these three dickheads want to try and get recused from the special investigation due to a deal over.....fuck if i know at this point.

But i do know this......i know when i see people trying to deflect from the real truth with lies....and Donny John and the GOP live for lies.

that's about it......i'm kinda off the radar next week so there may or may not be a week FORTY TWO wrap up.  but we've got some great writing coming your way that will be posted every single day here.  Starting with me....today at 10:30 and tomorrow we have the poetry of Jennifer Lagier.....so stick around......and remember I need your writing: poetry, fiction, essays, rants