I think this might be the first week that I get to start one of these wrap-ups with some good news…provided you consider the FBI formally investigating the White House for links into Russian interference with a United States Presidential election good news….we’ll take what we can get these days…I guess.

But that’s just what happened on Monday…. FBI directore, James “Hilary Clinton Killer” Comey, testified before the House Intelligence Committee that the FBI was INDEED investigating whether or not members of the DOUCHE campaign colluded with the Russians to help influence the 2016 election.  Comey was joined by the director of everyone’s favorite data storing agency, the NSA’s very own Adm. Michael S. Rogers, who dismissed the claim that everyone from your senile grandmother to your son and/or daughter’s bully already knows…that President Obama DID NOT wiretap DOUCHE’s phones/microwaves/etc at the Dark Tower.

Of course the White House dismissed most of the testimony as “fake news.” It has been a general practice here to NOT include the quotes of a raving lunatic so if you’d like to read what DOUCHE had to rant about I would suggest getting a Twitter account or giving your drunken uncle a call at the local VFW.

….confirmation hearings began for Judge Neil “Fascism Forever” Gorsuch on Capitol Hill this week in probably one of the more partisan opening sessions ever with Democrats complaining about the way the GOP treated Obama and his pick Merrick Garland, and the GOP reminding the Democrats that cheating, lying, obstruction and an overall inability to lead a nation can ONLY come from their side of the room. Gorsuch, for his part, read an opening speech where he basically gave a Tom Joad whitewash to his life/career…fly fishing anyone? The rest of this week has been pretty much softball questions from the Trump/Ryan terrorist faction of the government and the same, spineless Democrats we’ve known and loved for years….except for this guy... 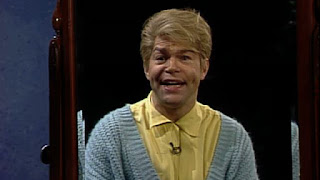 ….he really gave it to Gorsuch.

Look…we can go through four days of this bullshit…but let’s be honest. Unless it comes out that Gorsuch eats babies…he’s going to be confirmed by either the needed 60 votes (let us not forget how spineless the Democratic Party is) or the GOP will just change the rules to a simple majority vote…I mean this is a party staying numb on the fucking president playing footsie with Vladimir Putin so….

…a terrorist attack…in London…on the anniversary of the terrorist attack in Brussels…you don’t say…that’s right, for those of you sleeping under a rock on Wednesday afternoon (sissy European time that is, not big and tough morning AmeriKKKan time), a knife-wielding (the NY TMES word…I would NEVER use wielding) nutbag driving an SUV mowed down pedestrians along the Westminster Bridge, and stabbed a cop to death around the Parliament section of London, before being shot himself…and here I was thinking MY work days were boring. All kidding aside at least four people died and forty were injured in what is being called a terrorist attack, and the first in London since July of 2005. For those of you itching to change your Facebook photo to the Union Jack keep in mind that 50 people died last week in two separate bombings in the city of Damascus. Here’s a link to Syrian Flags. For his part DOUCHE tried to quell the fears of Americans worried about this sort of attack happening here by saying, and I quote: HA! HA! Told You So! London had gotten so bad! SAD!...actually did he even say anything at all?  I think he left it to DOUCHE Jr. to keep the family’s good name afloat.

Also…try this ONE on for size.

On Thursday the GOP failed at its first attempt to get a vote scheduled for a replacement/repeal of the Affordable Care Act, or as DOUCHE supporters like to call Obamacare…that is until they realize both are one in the same and that once America’s favorite Domestic Terrorist Party DOES replace/repeal they will be fucked…apparently the GOP couldn’t get the votes over an inter-party arguments over how many millions of Americans they could fuck even more. The ironically named Freedom Caucus met with DOUCHE on Thursday demanding that the federal health insurance requirements for basic benefits (maternity care, emergency services etc.) be cut from the bill…and rumor has it these freedom loving members of the GOP would also like to see the rule on pre-existing care removed as well. DOUCHE, for his part, after the vote was cancelled, threatened House GOPers by saying they either pass the bill or remain stuck with Obamacare….yet it looks like the House will still fall shy of the votes.

Is anybody surprised by this? The Republican Party hasn’t been able to effectively govern (if you want to call GOP style governing governance at all) since September 11, 2001. And having been the party of NO for eight years of President Obama’s term, they’ve simply lost whatever governing embers had remained. The GOP is a party of corporately owned petulant children who get hard every time they think about fucking over women and minorities. I’m not talking about fucking Goldman Sach’s speeches here, but actually feeling the ghostly spirit of corporate lobbyists from the past every single time one of these navy-suited, bullshit flag pin wearing racists speak….and as for Paul Ryan….if ever there was a mendacious, anti-intellectual, ineffective, spineless, craven little twerp in Congress currently worse than him…I have yet to see it. People call Paul Ryan a policy wonk….Paul Ryan couldn’t pass gas in a farting contest. Just in case you don't hate him enough.... 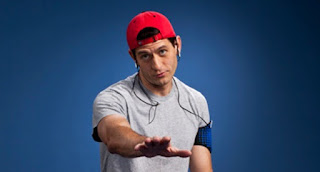 Ladies and gentlemen and all others…I present the inevitable
Since the sun has a better chance of burning out before the GOP cares about anything other than its own corporate interests….my bet is that they are going to do something to make them look like they can govern…something warm and cozy…like giving tax breaks to the rich…and not the poor.
All the same another banner week in America as we witness the end of democracy as we know it. You can still SUBMIT2RESIST here at winedrunksidewalk@gmail.com
Stick around today at 12pm we have the musical stylings of Ben Burn and tomorrow at 12pm the poetry of J.J. Campbell.

Posted by John Grochalski at 10:30 AM