This week has been a doozy so we might as well just dive right in, no? On Monday Bob, as I’m gonna call him, Mueller issued a subpoena requesting ALL communications involving Trump’s associates – including but not limited to – Carter Page, Corey Lewandowski, Hope Hicks, Paul Manafort, Rick Gates, Roger Stone, Steve Bannon, Keith Schiller, Michael Cohen, and Sam Nunberg. Bob is looking for all emails, texts, working papers, telephone records, grocery lists, haikus, dear diary entries and doodles that these fuckers might have jotted down from Nov. 1 2015 to tomorrow.

I mean, the guy is NOT fucking around. There is a net somewhere and it’s getting tight and I sure as fuck hope it’s forming around DOUCHE. That said, because we live in a reality television show, Sam “Fuck Nah” Nunberg is not interested in sharing. He went on MSNBC and in a surreal 17 minutes of lunacy refused to comply with the special investigation, ranting that he was not going to spend 80 hours (he was very specific about it taking 80 hours) to go through every email he’s had with Steve Bannon or Roger Stone, to whom he also pledged his undying allegiance. I’m not kidding, kittens. Take a listen.

We could make a drinking game out of every time he says “Roger Stone”, “Steven Bannon” or “80 hours” but then we’d all be dead in about 3 minutes.

And then because the twists just keep on twisting a Belarusian escort claimed to have more than 16 hours of audio proving that the Russians meddled in the election which she’s willing to hand over if the US granted her asylum.

And in what was probably one of the more horrifying and sobering moments of this shit show, DOUCHE praised President Xi’s consolidation of power in China, saying that he thought that was a great idea and we should “give it a shot some day.”

Kittens this is…..upsetting to say the least. I already have grave concerns about the security of the upcoming election (provided we have an election to begin with) considering the State Department has spent zero of the $120 million to do anything about foreign influence in our elections.

In other news I watched 1984 for the first time this weekend so you can pretty much guess where I’m at emotionally and all.

There’s more – a repeal of bank regulations, Paul Ryan and DOUCHE fighting about tariffs which we all know are NOT going to help the people in the industry, that horrible moment when Chris Christie says something you actually agree with, and of course the unstoppable tackiness (and illegality) of putting the presidential seal on golf tees.

This was only Monday kittens. We’re going to need to keep the vodka flowing.

So it’s another week which means another resignation. Gary Cohen DOUCHE’s economic advisor is retiring after the tariff nonsense – which is a spectacularly bad idea.

You get a solo clap for that Cohen. I’m glad you finally found a reason to jump ship but I kinda sorta think maybe the Nazi’s marching in Charlottesville should have been it, bro. Just saying.


And because it’s been awhile since we talked about KellyAnne Conway in awhile I’m happy to report she is officially now a felon. Woot! She violated the Hatch Law not once but twice. Way to go KellyAnne!


Because Bob always gets what Bob wants, turns out that Sam Nunberg is going to cooperate after all. I wonder if it was the potential jail time that really pushed it over the edge for him?

Since it’s been a lot let’s have a moment of good news: Kim Jong-un may be willing to negotiate with the US on abandoning its nuclear arsenal. So there is a chance kittens that we’re NOT all going to die in hellfire when DOUCHE and Jong-un compete for who has the bigger dick.

And in what could turn out to be a fascinating spin, Trump’s person attorney received leaked witness testimony from within the House Intelligence Committee. The lawyer representing Michael Cohen contacted the lawyer of a former John McCain staffer after someone from the White House Committee told Cohen’s lawyer that the former staffer had information about the Steele doissier (and kittens if you need some background on Steele this is a fantastic read) that could help Cohen. Kittens, this information came from closed-door, committee-sensitive testimony. The dossier alleges that Cohen met with Kremlin officials which Cohen denies. Our boy Bob has of course requested information and interviewed people about Cohen and the Russians. 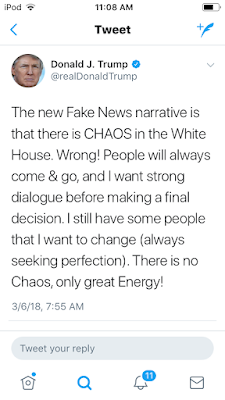 Because this is Women's History Month, I want to take a moment to move outside of the US to highlight what COULD be happening for women. In 2014 Belgium passed a law that said sexism in public spaces was illegal. From the article:


"Sexism, according to the law, is defined as “every gesture or deed” that is “clearly meant to express contempt of a person based on sex,” or considers a person inferior based on sex, or reduces a person solely to a sexual dimension, and which “gravely affects the dignity of that person as a result.” Violation of the law can lead to a prison sentence of up to one year and a fine of up to €10,000."

This is huge. This is what could be.

And did you see what Spanish women were doing? Damn.


Thursday was International Women’s Day so to all the women reading this know that you are respected, powerful, and that together we are changing the world. It is no small thing that since the election nearly all of the major public protests were possible because of the Women’s March. Black Lives Matters was started by Black Women. We are the change we seek.

Back to the Russian probe, it was announced that our boy Bob has evidence that there was an effort to establish a back channel between DOUCHE and the Kremlin. Erik Prince, founder of Blackwater, met with a Russian official close to Putin, which he claims was a chance encounter. And of course we believe him, right, because chance encounters between DOUCHE’s transition team and an emissary from Moscow to discuss future relations happens all the time! Bob also has George Nader on the hook.

But hands down one of the best (and by best I mean WHAT THE FUCK) moments was DOUCHE suing the state of California over its sanctuary laws. I know it goes without saying that we all stand with California as they desperately try to protect their people from ICE but this is a special level of douchery from KING DOUCHE.

Speaking of lawsuits, Stormy Daniels is suing DOUCHE for failing to sign the NDA about their affair. Fucking hell, I hate him so much. Oddly enough so do some Republicans since 107 of them sent him a letter urging him NOT to impose tariffs on steel and aluminum but we all know he’s going to do whatever the fuck he wants. This is not a president. This is not a leader. This is a walking sack of ego and a vacuous need for attention under a hair piece.

And truthfully all of America knows it which is why he trails a non-existent generic Democrat (literally anyone else) candidate by 8 points in 2020.


By weeks end, as you all probably know, DOUCHE actually did it. He signed the orders for the tariffs, excluding Mexico and Canada and leaving the door open for Australia to get an out. To say that DOUCHE has opened a Pandora’s Box would not be an understatement. This is not going to create more jobs. It is going to create more job loss as industries are hit with higher prices. This is a trade war that is unwinnable. We already went down this road with Bush. People lost their jobs.
I suppose in good news, the fact that DOUCHE is asking people who Bob interviewed about what they discussed is a sign that he’s clearly sweating this shit. It definitely seems like the investigation is intensifying yet DOUCHE keeps ignoring his lawyers advice about keeping his face hole shut about it. Honestly, I hope he stupid tongue hangs him.

Meanwhile DOUCHE’s former campaign manager, Paul Manafort plead Not Guilty to an 18 count indictment as part of Bob’s investigation. Trial begins July 10th. Mark your calendars, kittens. This could prove to be a very important date.

And on Friday it was announced that DOUCHE is going to sit down with Kim Jong-un. As you kittens can imagine this is not an even match. One man is playing chess. The other? Candy Land. Kim is not inviting DOUCHE to talk about surrendering his missiles. He's doing it to SHOW him what he's got. To prove that he's a major player in the cowboy scene. This is a huge gamble for DOUCHE one that I'm sure will end badly.

41% of Americans think DOUCHE is the worst president since World War II. You gotta give him that. I mean, the man beat out Nixon and Reagan and both Dubya and Senior. I guess he won something after all? #MAGA 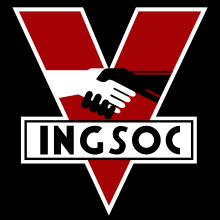 Chins Up. Claws Out.
Until next time, keep resisting, kittens.
We cannot look away.

Up later today at 10:30 is poetry by Juliet Cook

and tomorrow at 10:30 is Claudia Blanchard